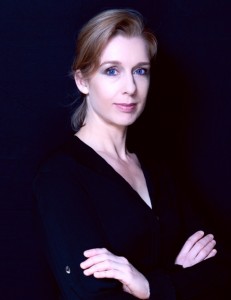 During her studies, the City of Munich employed her as cello teacher specifically for grammar schools and as she made herself a name, the number of her private students increased.

After her MA, Susanne went on to study with William Pleeth in London.
In 1995 she was offered the co – principal position in the London Philharmonic Orchestra and also played chamber music concerts with different groups over the years, with the Wigmore Hall being one of her most favourite venues.
During her years in the London Philharmonic Orchestra, she was teaching the winners of the London Philharmonic Orchestra's Future First Competition . This is for post – graduate students, to be attached to the orchestra , with one – to – one tuition from principal players. Susanne was also coaching the LPO Youth Orchestra, the Southbank Sinfonia the string section of the University Orchestra Valladolid and did a workshop at the Guildhall School of Music and Drama. She gave masterclasses in New York for InterSchool Orchestras NY.

Susanne was helping out and deputizing for Josephine Knight, teaching her pupils at the Royal Academy of Music in London. She coached at the Winchester College in England as well as at St Dunstan Primary School in Cheam.

Susanne is director of 'The Cello Corner' (www.thecellocorner.co.uk) in Islington with a branch in Hampstead and teaches at the Suzuki Hub in Hackney.

As she now has a family, she has started to concentrate more on education than performing herself and is continuously increasing her private student base. She is currently training to become a Suzuki teacher.

Coaching at : The Guildhall School of Music and Drama: course offered by the London Philharmonic Orchestra,
Performance/workshop at St Dunstan Primary School Cheam and at the Winchester College
Employed by the City of Munich (1982)
'InterSchool Orchestras of New York' – Masterclass and Royal Academy of Music

Tutoring Approach : "My approach to teaching is relaxed and informal. Whether adults or children – I tailor my tuition to suit the specific interests of each individual. I try to generate energy and momentum for my students by structuring lessons towards short term goals. Progress always keeps things fresh!"