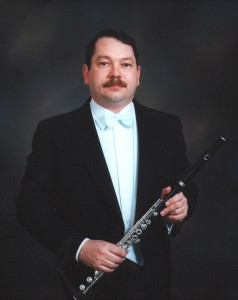 Prior to joining the Central Band of the Royal Air Force in 1979 he freelanced in Scotland, playing with Scottish Ballet and the BBC Scottish Symphony Orchestra. Kenneth Bell was appointed Principal Flute of the Central Band in 1982 and Bandmaster (Assistant Conductor) in 1997. In May 2005 he moved to the RAF College, Cranwell, to take over the role of Bandmaster of the Band of the RAF Regiment until his retirement from the service in 2009.

Kenneth now pursues a varied career as a solo, orchestral and studio session player, conductor, teacher and examiner. He has performed concertos in Britain (including a performance with the Royal Philharmonic Orchestra in the Festival Hall), the U.S.A., Norway, Sweden, Hungary and Cyprus. As an orchestral player Kenneth Bell has performed in concerts and recording sessions with many renowned conductors and soloists. As a soloist with the Central Band he performed in all the major concert halls in Britain, on commercial recordings and on Radio 2’s Friday Night is Music Night and Listen to the Band. Solo recitals given in the recent past include a concert of British Music for flute and piano in Sweden and recording unaccompanied Bach and William Alwyn in a live concert for Hong Kong Radio.

As a teacher, Kenneth Bell has given masterclasses at Trinity College of Music, London College of Music and Gothenburg Conservatoire. He has written on the flute and flute music for several music journals and his A Woodwind Teachers Flute Handbook is published by Studio Music Company. From 1996 until 2002 he was Chairman of the British Flute Society and in 2007 he was appointed the first Musical Director of the National Flute Orchestra.