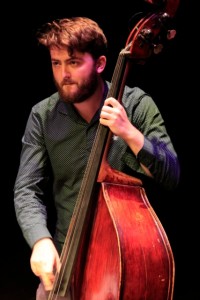 Huw has performed internationally with world-class musicians; such as Jim Black, Huw Warren, Michael Blake, Jason Rebello, Neil Yates, Mark Lockheart. Relocating to London in spring 2013, Huw has been making a name for himself on the London jazz and improv scene. As part of the young emerging artists scene, Huw is currently involved with Chaos Collective in organising new music events and helping with the record label. Huw also composes his own music for band HON, who have just completed their first album, due for release in early 2016.