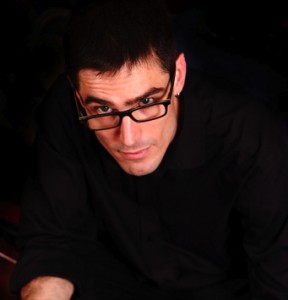 He is endorsed by EcHo Custom Drums. He plays drums in alt. rock, punk and musical theatre bands, recording and performing around the UK, Europe and the US. Recent collaborations include Roger Glover (Deep Purple), Richard O’Brien (Rocky Horror Show), Will Gompertz (BBC Arts Editor), Sony, Victoria’s Secret and Bloomberg. He has appeared on recordings by the Eruptörs, Stephen Wheel, Mark Ruebery, Gillian Glover and Neck.

Gareth teaches drums, ensemble studies and research skills at the Institute of Contemporary Music Performance in London, history and philosophy of music education for Boston University, and rock and roll pedagogy at the University of Michigan.

In 2013 Gareth’s book I Drum, Therefore I Am: Being and becoming a drummer – the world’s first sociological study of drummers – was published by Ashgate. Gareth’s research interests include embodiment in performance, intersections of music, education and entrepreneurship, and pedagogy and gender in music education. Gareth has presented research on five continents and is published widely in peer-reviewed journals and books. He writes a monthly column for Rhythm magazine, maintains an observational comedic blog at DrDrumsBlog.com, and is Editor at SUS Music.

In addition to drumming, he offers tuition in the following areas: